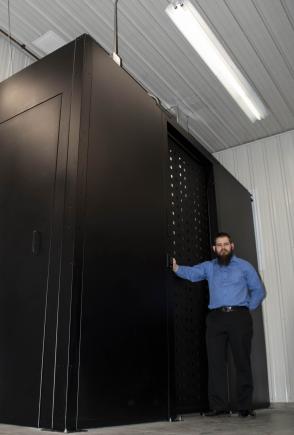 When Paul Senger joined Great Lakes Case & Cabinet in 2012 as a Mechanical Engineer, he had no idea that one of his very first projects would be what defined his career with the company. Around the same time Paul joined the team, a major client approached us with a challenge: Find a way to provide their customers with their own secure areas within a colocation facility. And thus, the Security Panel System was born.

“Originally, we thought it would be a one-off custom solution for this particular client,” Senger said. “We had no expectation of it taking off the way it did, but it exploded within the first year of developing the design.”

When Senger was first introduced to the project, he wasn’t given many guidelines or specifications – which made the process difficult and, at the same time, gave him a chance to be creative. After many weeks of research, he began drafting the design and the rest, as they say, was history.

But what makes this particular system so popular? “I really think it’s the appearance of the system,” Senger said. “It’s a lot cleaner and more visually appealing than the ‘shopping cart’ design people are used to seeing. It’s especially important in areas where they’re bringing in customers and showing them the different locations. With the sleek, advanced design, they not only have a higher-security system, they also have the perception of a higher-security system. And that makes a difference.”

As a company, we’re committed to staying ahead of the curve – whether that’s industry standards, technology, or client needs – and Senger’s design is the epitome of that goal. The system’s popularity was boosted in part by changing requirements across industries and locations, and its ability to adapt to evolving needs.

For example, helping our customers get up to fire code is a big challenge GLCC has taken on. For our clients located in Sterling, VA, the fire codes in that county require that a person must have the ability to exit a structure with one motion, meaning turning a lock and opening the door, which is standard in many data center colocations, was not an option. As a result, Senger developed a swinging egress door with a crash bar to satisfy the fire code.

For increased security needs, Senger is also developing designs that include HID readers and biometric access options for sliding and egress doors. 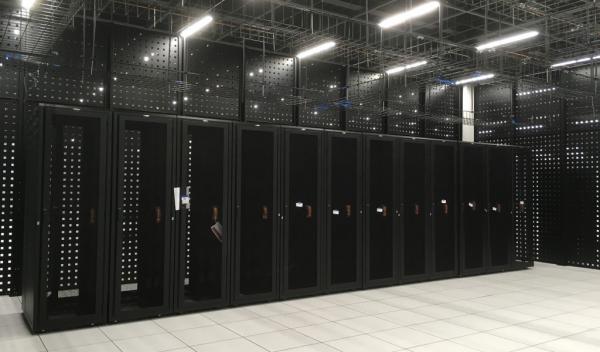 Because of the agility of the system design, we’re able to meet the needs of different customers – and continue to adapt their systems to ensure they meet requirements of both local and industry standards. What started as a design with around 15 part numbers has now grown to more than 260 panels, doors, adjustable panels, covered plates, and locking options in order to accommodate our growing client list.

The modularity of the design also makes it easy to replace an existing perforated panel with a solid panel, for example, or even to swap out an existing slide-to-open door with an egress or wider door for ADA approval. The system can be installed in data centers to separate customers and equipment or added in spaces to secure mechanical building equipment. From large to small, the design allows GLCC to accommodate many different needs.

And as far as Senger goes? He still handles 90% of the security panel work that hits our desk – so if you have a need for a secure space, you know you’ll be in good hands.

Read more about our original data center colocation design on our Behind the ‘Seens’: Privacy Panels in Action blog.